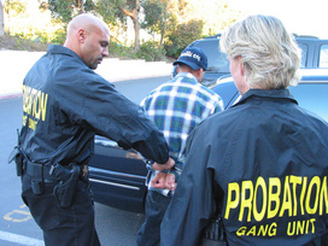 In 2014, the American Probation and Parole Association (APPA) conducted a small number of telephone interviews with probation and parole officers. The central research questions concerned the perceived prevalence, problems, and needs of gang members under community supervision.

Multiple community supervision officers (i.e., probation, parole) participated in semi- structured interviews with an APPA research associate. Interviewees were solicited through an online flyer that was posted on the APPA Web site. The invitation was open to any probation/parole officer with experience working with gang members. Each interview typically lasted about 90 minutes.

​The supervision officers were diverse in origin, representing Boston, Massachusetts; Chicago, Illinois; New York City, New York; Sacramento, California; St. Louis, Missouri; and Washington, DC. Four of the agencies represented were county-based; two were federal agencies; and one was a state agency. The officers each represent urban jurisdictions. On average, the officers had worked in the justice system and with gang members for more than a decade.
NATIONAL GANG ACADEMY
All interviewees rated the presence of gang activity as very serious in their areas. These variations across time have been the result of changing justice responses to gangs and gang members. Specifically, one officer explained that what used to result in imprisonment for gang members now leads to probation. In another case, an officer explained how the relocation of the field office unintentionally removed that officer from the gang zones where the officer could be most effective. Finally, politics and the media were cited as a key influence on the resources and prioritization of gang problems. The interviewees often felt that the media exacerbates gang problems by glorifying gangs and further exposing youth to the gang lifestyle.

Officers reported a variety of key factors they perceived to influence gang involvement. These included lack of parental supervision, involvement, and support; persistent exposure to impoverished living conditions; and low educational achievement. The officers reiterated that gang-involved youth often live in a social reality that defies the conventional lifestyle of going to school or working at a steady job.

A variety of street gangs were reported, including nationally recognized gangs such as the Bloods, Crips, Latin Kings, MS-13, Vice Lords, and Gangster Disciples as well as hybrid and home-grown delinquent peer groups. Gang members were reportedly supervised in the probation/parole setting for a variety of original offenses including assault, robbery, homicide, drug trafficking, illegal firearms possession and distribution, and auto theft.

Finally, the interviewees provided their perspectives on the reentry needs of gang- affiliated probationers/parolees. They shared some common themes with other returning offenders, most notably the need for stable housing and employment. For parolees who have spent a considerable portion of their lives incarcerated, assistance with even the most basic life tasks was needed.